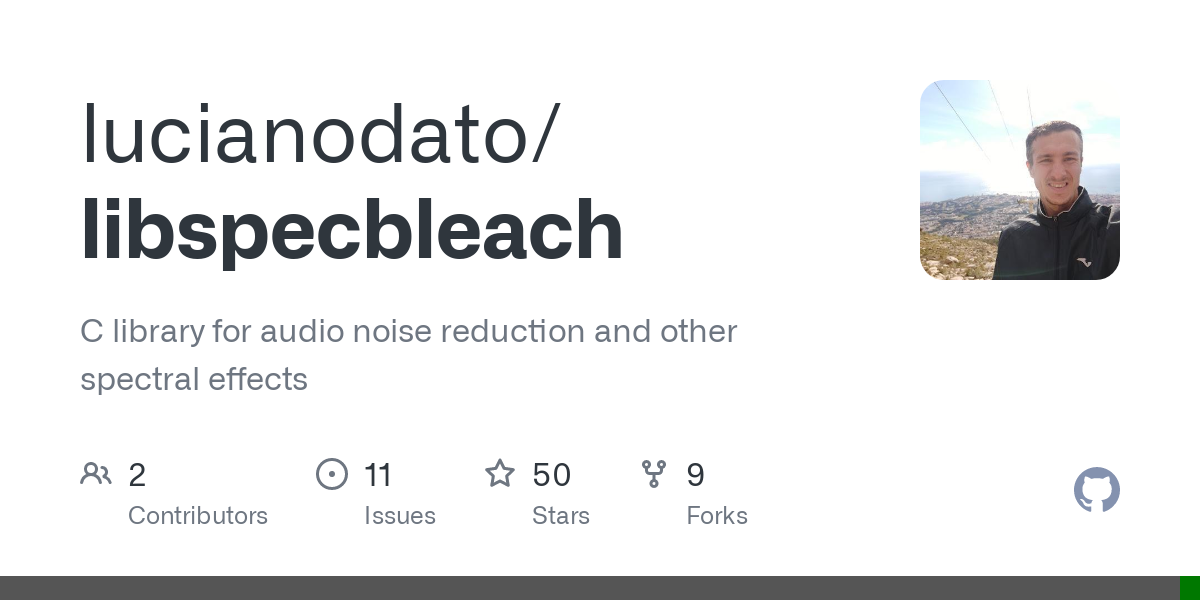 Here it is, but it will require you to compile it yourself. 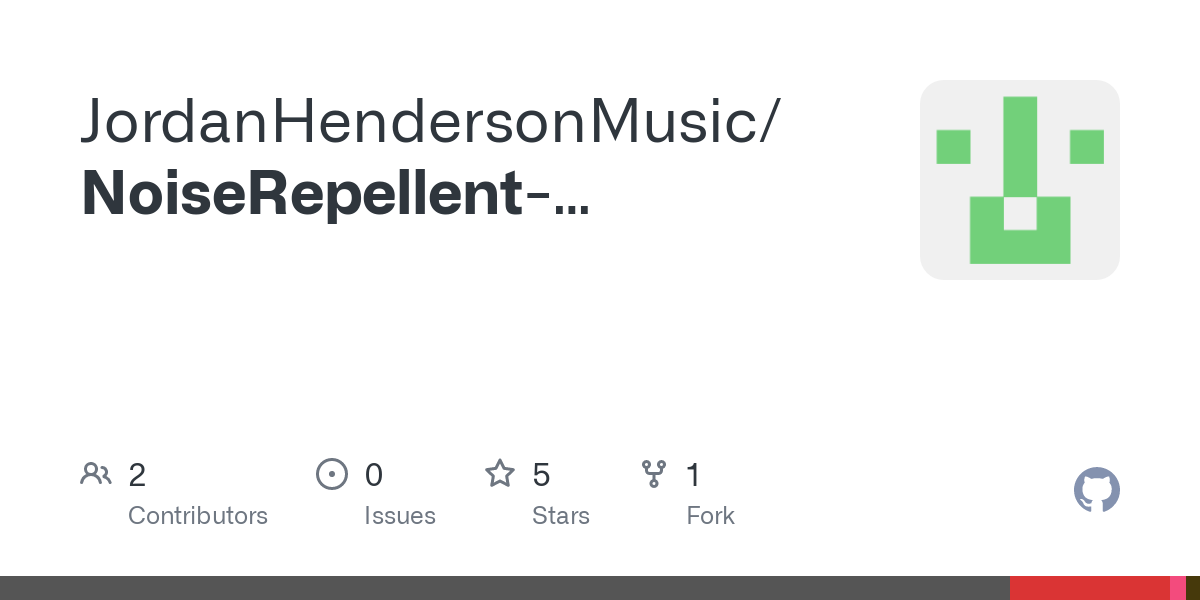 Contribute to JordanHendersonMusic/NoiseRepellent-supercollider development by creating an account on GitHub.

And here is an example - you might need to turn it up loud to hear the noise. Also, I haven’t tweaked the controls so there might be some artefacts, but there are several options.

It introduces a little latency, so depending on the application it might not be suitable, however, it works wonders if you are recording into a buffer for later processing.

And here’s a minimal example of what the code can be:

There is also an Lv2 version the original author made 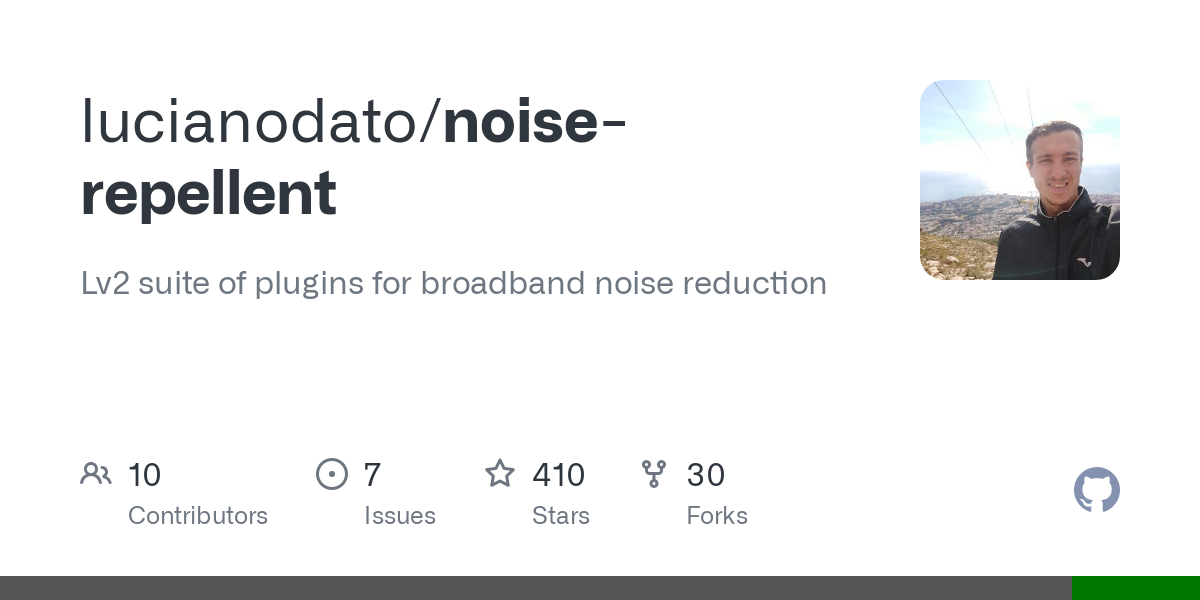 This is great!!! Thanks!

Do you plan adding it to sc-plugins git ?

By the way, you’ve made it using cookeicutter I see. This means you get auto builds for free. Just push a tag that begins with v and it will automatically build for all platforms. Eg:

And uploads it as a Release I should say

Does Actions make a Universal build now or did you make that yourself?

I’m actually having an issue with this right now…

Do you know how to link against fftw3 so that it works on the github workflow?
I’ve add the FindFFTW3 cmake plugin.
and the following lines to the cmake.txt:
find_package(FFTW REQUIRED)
…
target_link_libraries(${sy_name} FFTW::Float)

When I build it locally I pass -DFFTW_INCLUDE_DIRS=/usr/local/lib, and all works.

However github complains, Could NOT find FFTW (missing: FFTW_INCLUDE_DIRS).
Is there a standard way of dealing with this? Like, do I need to change the workflow so the vm has fftw3 installed, or do I need to include all the source code of fftw3 in this cmake project and build it?

So I’ve tried installing fftw on the vm by altering the workflow file. That went fine, and findFFTW.cmake says that its got it, but the linking still fails and I don’t know why.

We added it a while ago actually