I’d like to announce miSCellaneous_lib quark update v0.24 with Dwalk, a new demand rate pseudo ugen. It allows two specific buffer modulation strategies with ZeroXBufRd, where waveform segments are smoothly continued. These are new usages of ZeroXBufRd, which is described here:

Dear SCers, I’d like to announce miSCellaneous_lib quark v0.23 with a suite of new pseudo ugens: ZeroXBufWr, ZeroXBufRd and TZeroXBufRd for analysis of zero crossings and playing sequences of segments between them (half or full wavesets) with demand rate control. ZeroXBufWr is for realtime analysis resp. writing zero crossings positions to a buffer, then ZeroXBufRd is for consecutive, TZeroXBufRd for triggered (possibly overlapped) reading. Parameters like zero crossing index, segment number a…

Dwalk, similar to Pwalk, is for defining random or deterministic walks with demand rate args. It can return output in a special format, which is suited to be plugged into ZeroXBufRd. Dwalk can also be used for stochastic synthesis textures.

Ex. 9 and 10 in ZeroXBufRd help: buffer modulation with ZeroXBufRd and Dwalk, stepping through adjacent segments. There are two nearby ways to achieve smooth directional changes of the buffer read pointer: (1) at zero crossings of the original waveform together with inverting it or (2) at the positions where the waveform changes direction (up/down) or in other words: its slope crosses zero.

Ex. 8 and 9 in TZeroXBufRd help. Pulsar synthesis with source and envelope consisting of several half wavesets, layers of pulsar streams, two examples with GUI. Thanks to Marcin Pietruszewski and Jan Ferreira for discussions that gave me a nudge to add them. 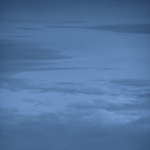 Awesome, thank you Daniel for these further implementations and the outstanding miSCellaneous work!