Converting a wav file into a wavetable, no waveform in plot?

I’ve created a single cycle waveform as a .wav file and I’m trying to convert it into a wavetable
to be loaded into an oscillator in a synthdef.

So far I’ve been able to get the following code to run but when I plot the final buffer the wavetable is loaded into I get a graph with nothing in it.

The float array values all seem to be 0 as well, so it’s not actually turning the amplitude information from the .wav file into values in the array. Its created an array of 2056 values, which seem like the right number for the waveform since it’s literally one cycle (maybe a tiny fraction of a second long at 44.1 sample rate).

Why would the values all be 0?

And get just a flat graph which is basically silence, if I’m not mistaken?

Does anyone have any ideas on why that is?
Maybe there’s a better way to achieve what I’m trying to do?

Any help or suggestions are greatly appreciated!
Thanks!

You can see I’ve opened the file, then sent it to an array

Not exactly. You’ve created an array that’s the same size as the file, but you haven’t read the file’s contents. See the help file for the readData method.

Edit: Oh, I see what the confusion may have been. openRead means open for reading (as opposed to openWrite) but doesn’t mean open-and-read-contents. It prepares for reading contents but doesn’t actually read them.

Dude! Thank you!
I got it to work!

You were right, I needed to use .readData AFTER using .openRead and creating the array.

Now I just need to send the wavetable in the buffer to an Osc in a synthdef.
Yay, baby steps!

And here’s the original wavetable created in Serum 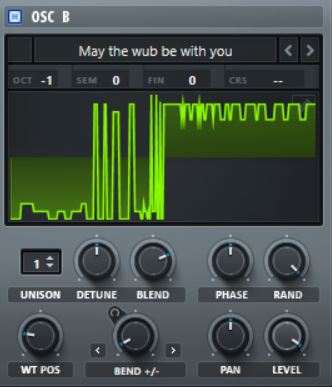 Thanks again for your help and suggestions!