Hi, I wanted to share this project I have been working on.
OSCAR is a tool to create Custom, and responsive Graphical User Interfaces to control interactive installations via OSC. You can control SuperCollider easily. Custom buttons and sliders/faders!
You can include images and different fonts.

Let me know what you think. 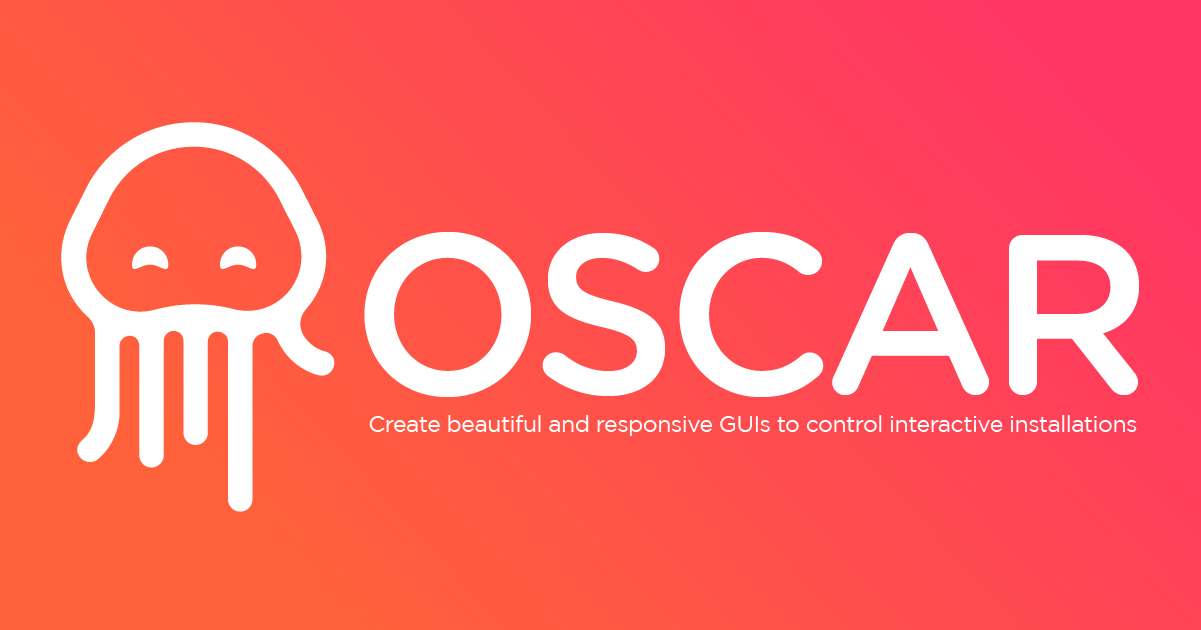 FWIW… I just tried this out today. It’s very promising but has a few bugs.

On the plus side – it’s really easy to drop controls on the canvas and set their properties, and then you can load 192.168.x.yyy:8080/preview on a phone (for some reason, that didn’t work the first time but it was ok later…) and the controls do send the messages out. So for the basic stated purpose, it’s on the right track