The community very kindly just helped me through building / installing SC on a laptop running Kubuntu 22.10, which uses Pipewire.

I open the IDE and I see this:

I then run my standard line for starting the server:

It tries to boot the server but fails after a second or so:

Any suggestions how I get some diagnostic information to see what’s up?

Potentially useful observation. IIRC, the meter you get by running s.meter shows input levels to my audio interface even before I’ve booted the server.

I’m running that meter now, and it shows nothing, even though I’ve got a synth playing loudly through the interface.

Audio/TheAudioGroup - Ubuntu Wiki – for SC, you should definitely do this.

could not initialize audio.

I don’t know, but this may be of interest: 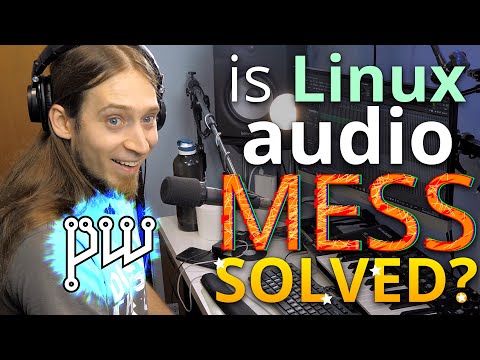 Note, he’s not using Ubuntu so some package names may be different.

Also note that it takes almost 15 minutes of the video just to hook up audio devices to pipewire… but that was a year ago, maybe it’s improved since then.

If you have pipewire installed, you don’t need to start jackd. If you’ve installed a jack2 package, you’ll have a jackd somewhere, but starting this starts up the jack system instead, with pipewire already running ( usually ). Distros start up pipewire in different ways. If you have a running pipewire system, don’t install jackd, but if you do, don’t start jackd.