SinOsc into clipper into sine function

I am trying to covert some reaktor code to supercollider
The algoritm is dead simple
A sineosc ( voume exceeds 1 ) into clipper =0.5,-0.5 for clipp values into a sine fucntion
See screenshot and waveform
In supercollider it sems that the sine function behaves differently , even when I mulitply the clipped output befor going into the sie function , the result i still a full legth cycle , in contrast with reaktor 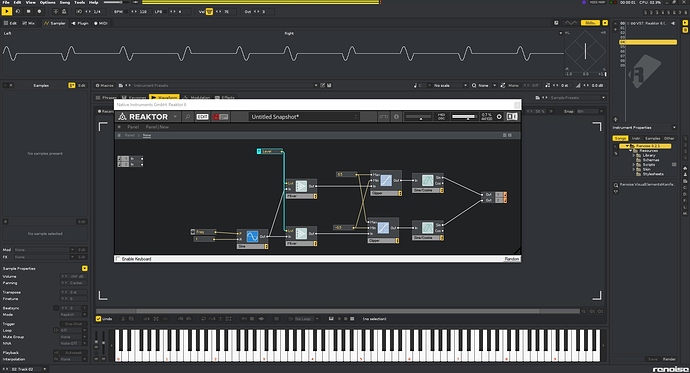 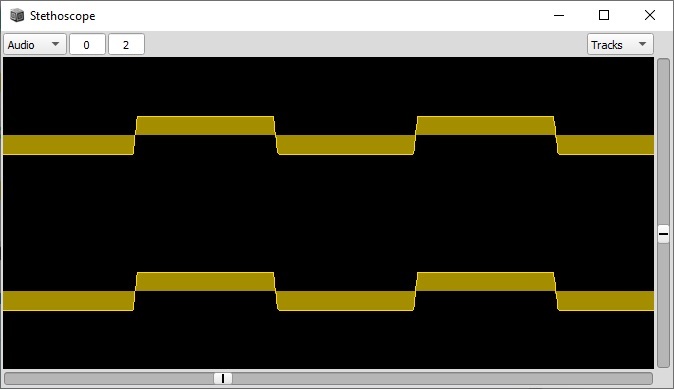 What is the input range of Sine/Cosine in Reaktor?

I’ll take a guess that it might be +/- 1 (so that you’d get a complete cycle with saw LFO ranging between -1 to +1). Pure Data’s cos~ object does something similar.

sin() in SC expects radians (so the complete cycle would be -pi to +pi).

Yes input range off the sine in reaktor is 1 , which equals to 0dbfs , but it’s multiplied when going into the mixer , substitue in supercollider is *10 ( I even tried multiple factors )

So the output range of the clipped signal is +/-0.5. “But it’s multiplied” is irrelevant.

Now… if 0.5 in Reaktor is half a sine cycle, this will be pi in standard math. So my initial guess was wrong – you would need a factor that would map the 0.5 clipped value onto pi… so sin(b * 2pi).